Despite its popularity, many people are unable to distinguish between two of the most popular Chinese dishes in the world: chow mein vs chop suey. Sure, they might know which one they like better, but if you were to ask them what’s the difference between Chop Suey and Chow Mein most of them would draw a blank.

How about you? Do you know the differences between Chow Mein vs Chop Suey?

Well, you’re about to find out!

Latest Hot Topic Article: Check out this list of 10 best cookware for glass top stoves if you're looking for new pots and pans for your kitchen.

It goes without saying that a country as vast as China has plenty of different regional dishes which is why is not surprising that Chow Mein and Chop Suey have completely different origins:

Chop Suey was originated in Southern China, namely in the countryside of Toisan. It is said that the first version of this dish was created using leftover noodles and vegetables.

Chow Mein originates from Northern China and it has two versions, which we’ll explain in detail up ahead.

Because Chop Suey was originally made out of leftovers there aren’t any official rules as to what goes in this dish.

You’ll be able to find chicken, pork, beef and all kinds of vegetables.

In fact, it’s not uncommon for the recipe to change from restaurant to restaurant. 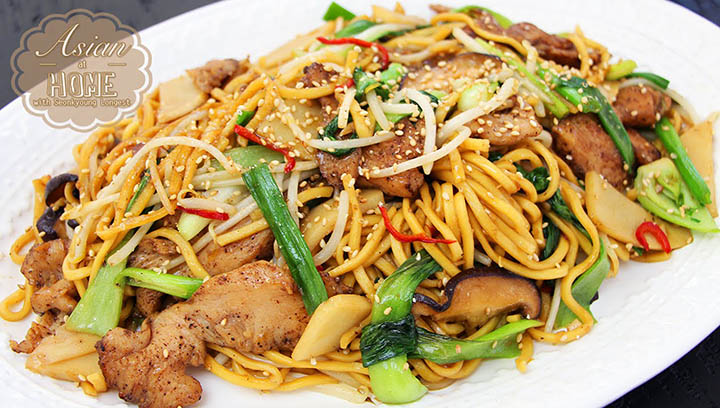 Chow Mein is made with seafood, vegetables and beef. Nothing less, nothing more.

There are two variations of Chow Mein, steamed and fried but the ingredients will always remain the same.

Fried Chow Mein, also known as Hong Kong style, can even be served on a sandwich so if you’re ever feeling adventurous make sure to try that! 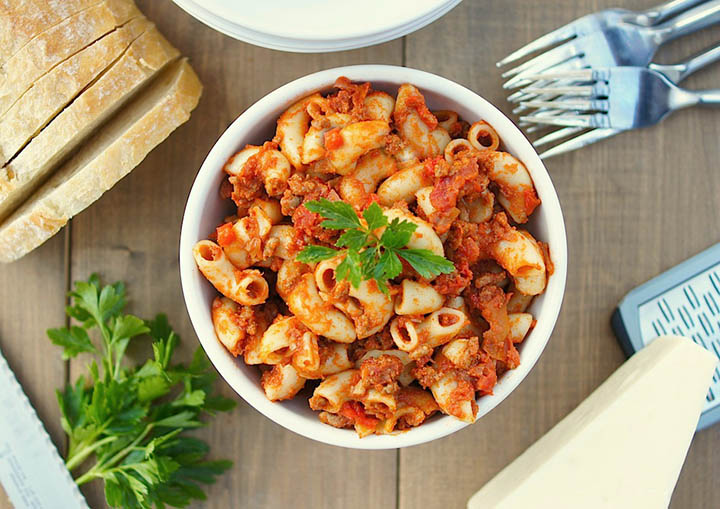 Chop Suey uses predominantly rice, though it’s not uncommon to find some restaurants that use noodles as well.

Just keep in mind that if it has rice you’re definitely eating Chop Suey. 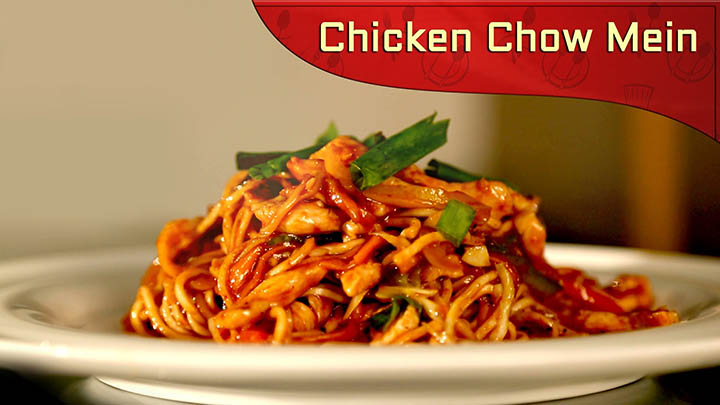 Chow Mein always uses noodles, regardless of whether it’s steamed or fried. In fact, fried Chow Mein is so popular precisely because of the flavor and texture found only in fried noodles.

The noodles used for this particular dish are made with wheat flour, egg and water which means that, while delicious, might not be the best chose for those who’re allergic to gluten. 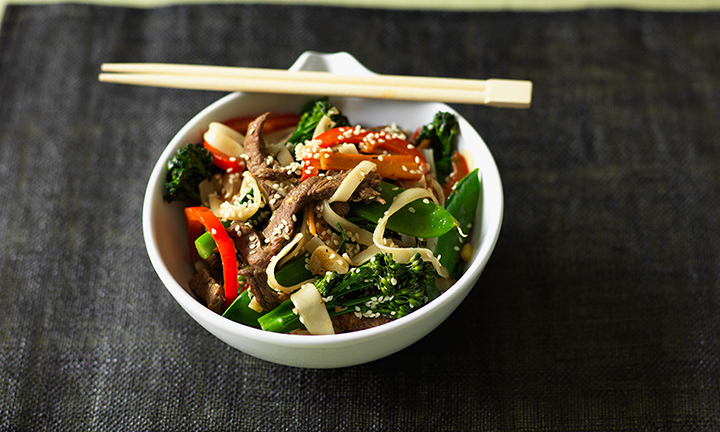 Like the dish itself, the sauce used for Chop Suey does tend to vary from time to time but there’s a common factor between all versions: Chop Suey sauce is always thickened with starch.

This sauce can be salty, sour, sweet or even a mixture of all but it’s always made in a way that it ‘sticks’ to the ingredients, infusing them with extra flavor. 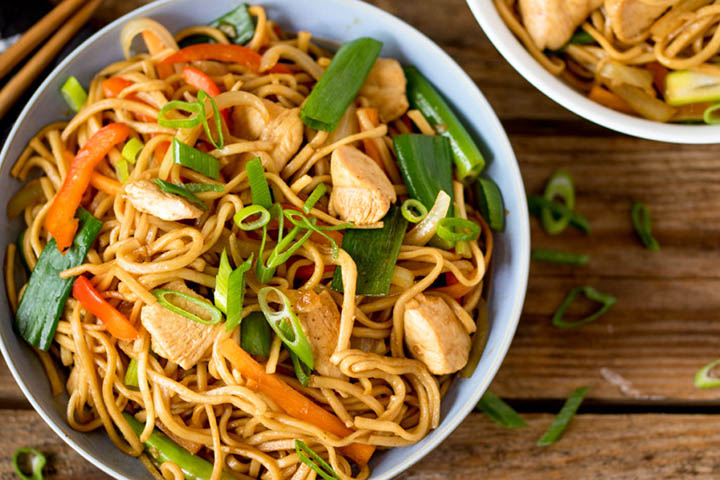 Chow Mein takes a more conservative approach to sauces as it mostly uses soy sauce and nothing else. The sauce isn’t thickened either and in fact it’s kind of runny ensuring that it doesn’t cling to the noodles so you can truly enjoy their flavor without drowning them in sauce.

This is doubly important when it comes to one of the main ingredients found in Chow Mein: Seafood, which tends to be rather salty by itself. 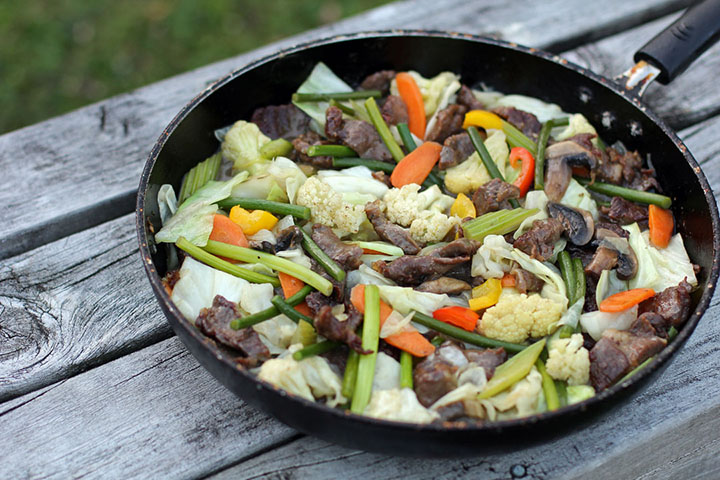 The first Chop Suey recipe was made with leftover ingredients and very little has changed since then. In fact, the only constant of this dish is the rice, everything else is up to the chef. 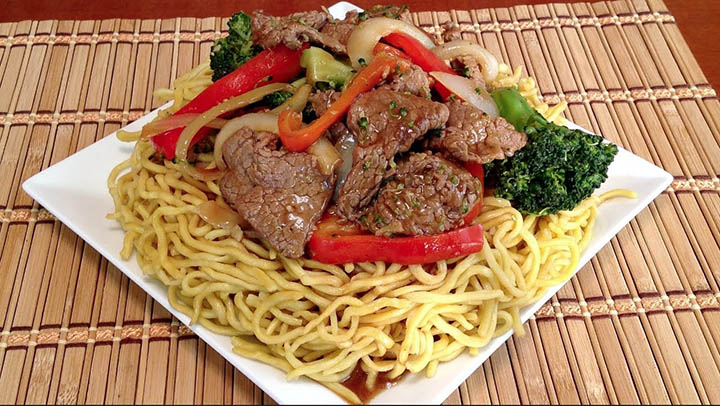 Though there are two variations of this particular dish, the ingredients tend to remain fairly consistent: beef, vegetables, seafood and noodles.

Despite the fact that there are more ‘official versions’ of Chow Mein, it’s clear that Chop Suey is the most versatile as it can be made pretty much with any ingredient at hand.

How To Make Chop Suey and Chow Mein At Home

See below videos for easy step-by-step instructions to make your own Chop Suey and Chow Mein​ by using ﻿a pan:

So there you have it! You now know the differences between two of the most popular dishes in Chinese cuisine and you’re now ready to impress your family and friends next time you eat out.

Did you enjoy this article? You may also like reading Pork vs Beef ribs and Kitchen Bouquet Substitutes.