Who doesn’t love tortillas? After all, they’re one of Mexico’s most emblematic foods.

In fact, they’re essential for several Mexican dishes, including the world-famous taco.

Because tortillas are so popular I’m willing to bet you’ve had them in plenty of dishes already; such as tacos, quesadillas, fajitas and burritos, to name just a few. See this article if you want to know how long do tortillas last.​

What you may not know is that tortillas can be used in a variety of simple dishes that you can eat every day, just like people in Mexico do.

Then keep reading and find out what to make with tortillas.

What To Make With Tortillas?

This dish is particularly popular with children and adults alike and it can be modified to fit those watching their figure, which makes it a perfect dish for a late Sunday morning.

The best thing about this dish? It’s super easy to make!

2. While you wait for it to heat, chop your tortillas in pieces using a sharp knife. For optimal results each piece should be no bigger than your thumb.

3. Coat your pan or griddle with oil and add the tortilla pieces.

4. Fry the tortillas until they’re somewhat crunchy, stirring from time to time to coat them in oil and to keep them from sticking.

5. While the tortillas fry, mix your eggs in a deep bowl and season to taste.

6. Pour the egg mix into the pan with the tortilla chips, add more oil if necessary.

7. Cook just as you would scrambled eggs and serve when ready. 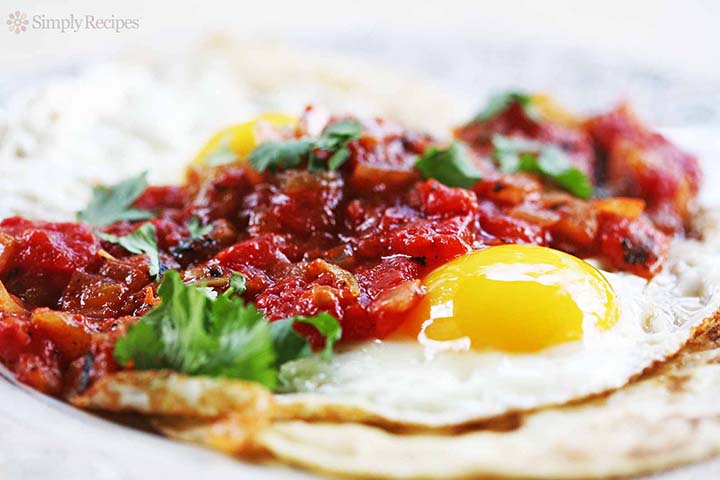 Do you know ‘eggs in the basket’? Well, this is a similar recipe except you’ll be using tortilla instead of bread.

While not necessary, I suggest using either two large pans or a large griddle for cooking this, as it will save you time while ensuring your breakfast is piping hot before eating it.

1. Heat up both pans, one to high heat and the other to medium high. Coat with oil once hot.

2. Fry an egg on the medium heat pan, sunny side up. Leaving the center runny.

3. Fry a tortilla on the high heat pan. First on one side, then on the other. You’ll know it’s time to turn the tortilla when it begins to swell slightly.

4. Once the tortilla is ready, place it on a plate and put the fried egg on top.

5. Repeat the process as many times as needed. 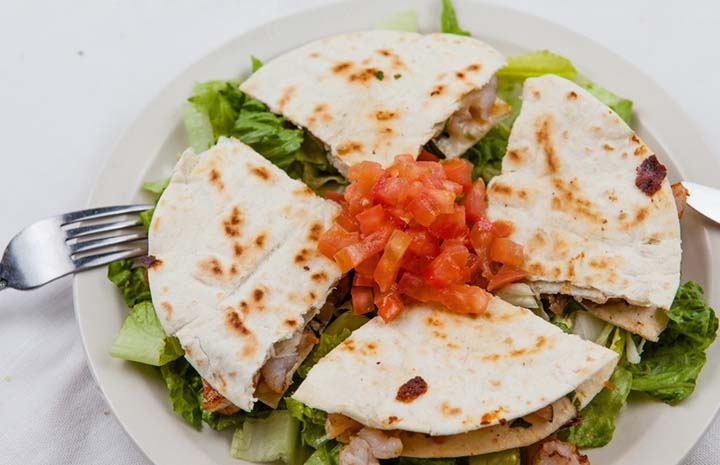 There’s no easy way to translate this dish so I won’t even try.

Sincronizadas are similar to quesadillas but much, much tastier and something children will absolutely love.

You should be able to find the tortillas and the quesillo in the latino / Mexican section of your supermarket.

If you’re unable to find quesillo, you can cook this using only sliced cheese.

1. If you were able to find quesillo, the first thing you need to do is pull it apart just like string cheese. Use as much as you want, just remember it might not melt properly if you’re using tons of it.

2. Assemble your ‘sincronizada’ just as you would assemble a sandwich. Place a flour tortilla at the bottom, followed by quesillo, ham, a cheese slice and another flour tortilla.

3. Set your sincronizada on your pan and griddle and wait for the chee﻿﻿se to melt, carefully flipping it to the other side from time to time to avoid burning.

4. If you have a panini press or a similar appliance you can cut your cooking time in half by using that instead of a pan or griddle.

5. Serve once ready and slice in half for easier eating.

See below video for  incronizadas easy and simple - Quesadilla with ham and cheese recipe:

Ever heard of buñuelos?

Buñuelos are a traditional Mexican dessert often made around Christmas or for posadas. This delicious dish is more often made out of fried dough but you can make your own using flour tortillas.

1. Mix the sugar and the cinnamon on a flat plate.

2. Pour enough oil in a p﻿﻿an to cover it completely. Fill it about half an inch, then set it up at medium heat.

3. Submerge a tortilla in fresh water for around 2 minutes or until it’s soft without the risk of breaking.

4. Take out the tortilla, let the water drip and coat it thoroughly with the sugar and cinnamon mixture.

5. Add butter or margarine to the hot oil. I use half a teaspoon but it’s to taste.

7. Carefully take out the tortilla and remove the excess oil with a paper towel.

8. Repeat the process with each tortilla.

See below video for How to make Buñuelos:

There you have the answer! You now know 4 recipes –2 for breakfast, 1 for lunch and 1 for dessert– that are commonly eaten in Mexico so next time someone says they’re in the mood for ‘real Mexican food’ surprise them with these recipes!

Did you enjoy the article? Is there another recipe to cook with tortillas we should include? Do you have any questions?